According to Mahatma Gandhi, known in India as the Father of the Nation, “India lives in her villages.” Its so true! Kerala’s true beauty  is found in its villages.
If you really want to see and feel the real Kerala, head over to some villages in Kerala. There are several home-stays and hotels available where you can stay and go around the place. You can also request your Kerala tour operator to arrange a village tour for you. 3. A walk in the rain..: Image by VinothChandar via flickr 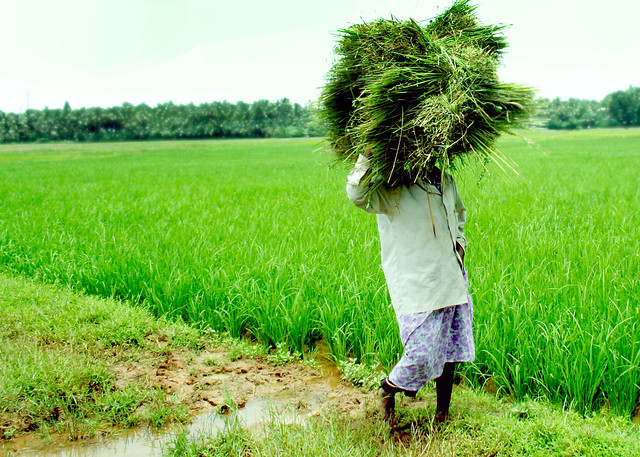 5. A paddy field worker going back home after work: Image by icultist via flickr 6.  Fisherman getting ready to cast the net in Kerala backwaters 7.  A village scene from Nemmara, Palakkad 10. Over the Bridge..shot from rural Kerala: Image by acdme via flickr 14. Rowing a Country Boat: Image by VinothChandar via flickr As I mentioned, Kerala is not just backwaters and hill stations. It is much more charming and picturesque almost everywhere! But I do caution you..this is India, one of the most populated countries in the world. So it does have its own share of misery and problems. Some places will surely reflect that.

What I tried to show you through these images..is that Kerala (and India as a whole) is much more than what you see initially in the towns and cities. One need to dive deep in to find true India. And it is indeed incredible!

I hope you enjoyed this photo essay on Kerala villages… I will be back with more cool images!!