Kerala has always been famous for rich and exotic spices and that was also the main reason why ancient traders followed the ‘spice routes’ (to Kerala) and established trade centers in the state. Through this article, we would introduce you to the various condiments Kerala is famous for and their uses.

More about these Spices 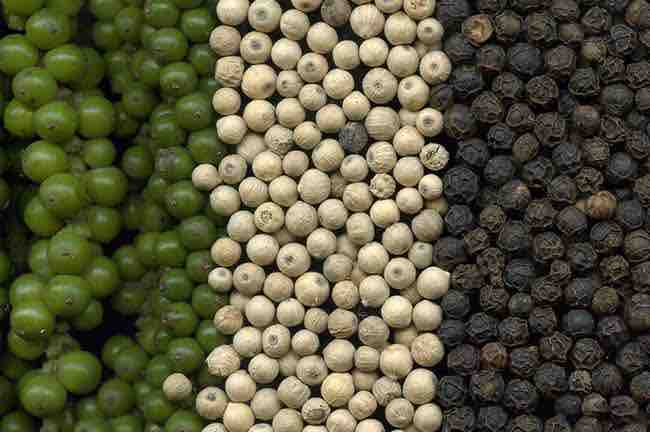 Image by Rainer Zenz via Wikipedia

Let’s start with pepper. Pepper is also known as the King Of Spices and rightly so, because of its excellent medicinal value and popularity. It was the demand of pepper that finally led to colonial conquests, war and eventually suppression.

Europeans came to know about pepper through Arab traders and when they discovered Kerala’s huge potential in pepper they started their trade here. Varieties of pepper include Panniyur-1, Karimunda, Arakkulam Munda, Kuthiravally, Balankotta and Kalluvally. 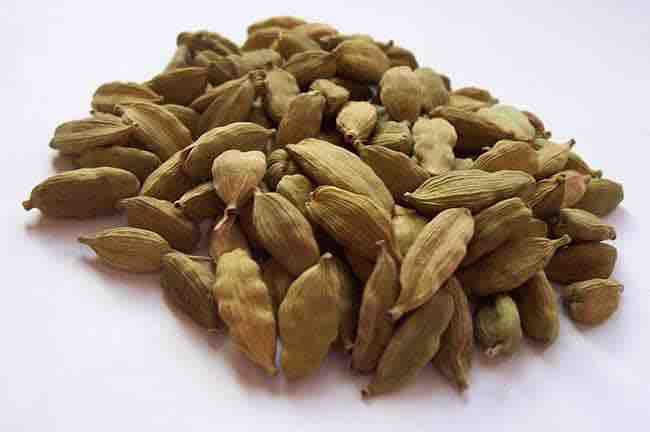 Image by Crux via Wikipedia

With a history as old as human civilization, cardamom is a spice grown mainly in Kerala. The truly unique taste, flavor and aroma makes this spice one of the most sought after ones in the whole world. Cardamom is famous as an aphrodisiac and a stimulant, and is also used for making perfumes and breath fresheners. Other than Kerala, Arabs and Africans also use cardamom. 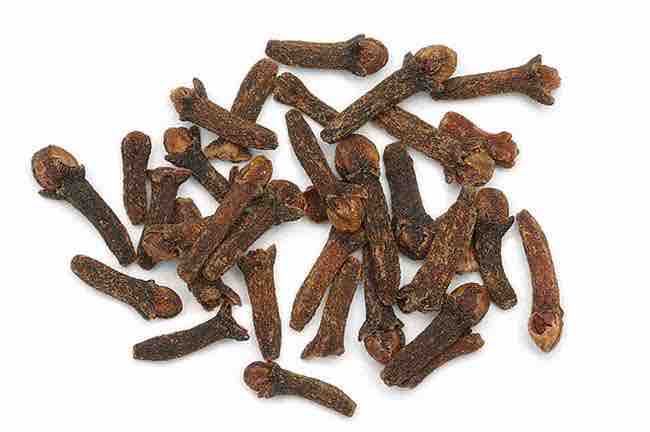 Clove was initially delegated to Indonesia, but once they were cultivated in Kerala, the trade grew and now the spice is grown mostly in Kollam, Kozhikode and Thiruvananthapuram districts. Clove is popular for its oils and it is added in its ‘whole form’ in meat dishes for added flavor. Clove, wholly or powdered is also used to enhance the taste of payasams (sweet dishes used as deserts).

Clove, with its incredible antiquity was once used by the people of Kerala to improve their dental hygiene. Hence it has excellent medicinal properties. Manufacturers use clove to make perfumes, soaps and toothpastes as well. 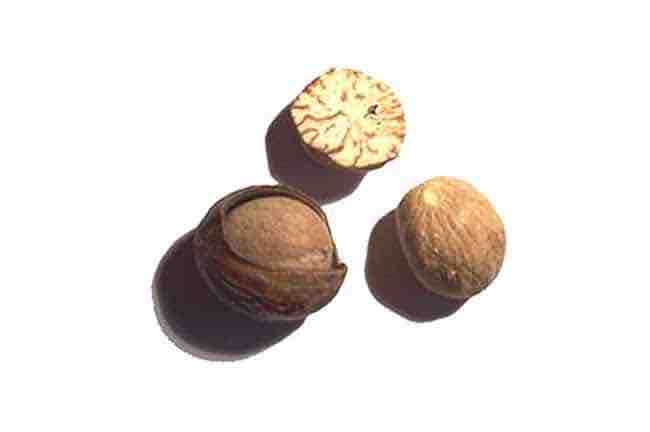 Image by Nk via wikipedia

Nutmeg is an essential condiment used in sauces, soaps, confectionaries and several baked goods. Certain chefs add nutmeg as a seasoning agent. The nutmeg tree is known as ‘jathi’ in Malayalam and its fruit, Jathikka. Nutmeg in its unripened form is pale yellow and spherical, and once it becomes ripe, it would have a hard, black seed and a red mace (dried reticulated aril) around it. The nutmeg tree gives two ‘fruits’ – mace and nutmeg.

If you like to visit the plantations to see this lovely fruit, you can head to South India, where most of the cultivation takes place. 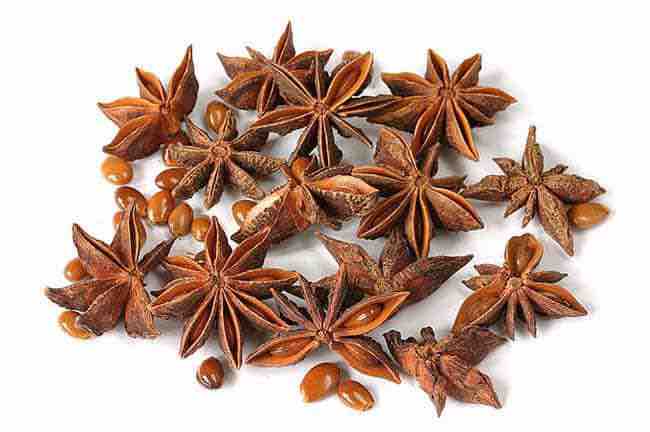 Star anise is a lovely looking fruit that comes from an evergreen tree. It is shaped like a star, hence the name and its color can range from white to red. The fruits themselves have 6-8 carpels arranged in a whorl. Each of these carpels contains a seed within, and it is this seed that is used for flavoring not just meat and pickles, but vegetable dishes as well. The seeds themselves are shiny, brittle, smooth and ovoid.

Many of the elders in Kerala would vouch for the medicinal properties of star anise apart from doing its primary function as a flavoring agent, like, for example, it’s ability in curing rheumatism, helping in digestion and so on. 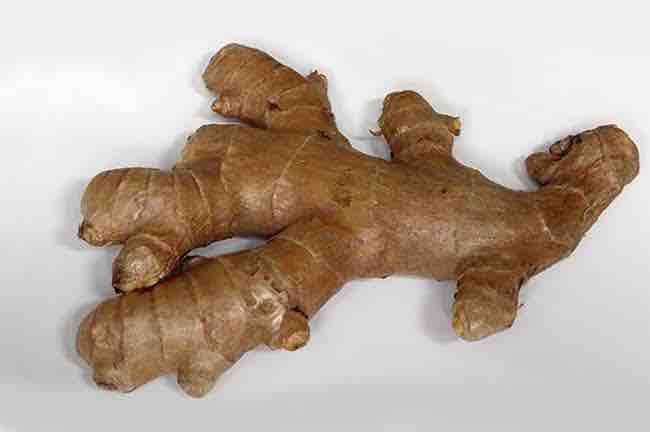 Image by Alexbrn via Wikipedia

Ginger is grown in other parts of the country, but the variety grown in Kerala is believed to be of very high quality. Both processed and raw ginger is high in demand and many tourists take it back to their homeland. Some like to drink it with their tea, some garnish grated ginger in their dishes and some use it to appease a queasy stomach. The whole ginger plant has an underground rhizome that exudes an appeasing aroma. The rhizome is also considered to be the most valuable part of the plant.

Ginger is used in food processing, for curried meats, cocktails, carbonate drinks, liquors and soft drinks. It is both a flavoring agent and a stimulant. Pickled ginger in vinegar is very popular among the folks of Kerala. Ginger as candy is extremely popular among children as well. 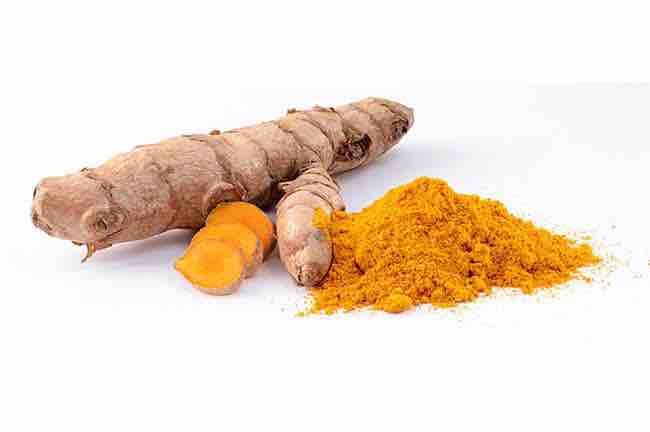 Image by Laitche via Wikipedia

Turmeric belongs to the ginger family and has nothing to do with saffron, contrary to popular belief. Turmeric is known for its huge medicinal value, culinary uses and antioxidant properties. This spice must be sparingly used as it is pungent.

Turmeric is capable of nulling the effects suffered by a person going through food poisoning.  The spice has an earthy smell, a bitter, peppery flavor and acts as an alternative to the expensive saffron. 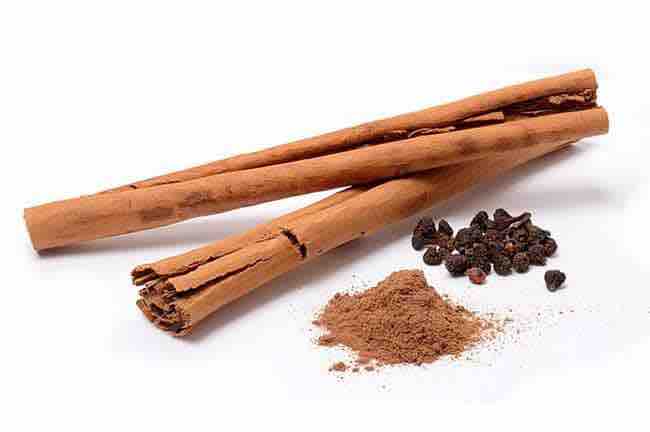 Image by LivingShadow via Wikipedia

Kerala cuisine is incomplete with cinnamon, the mild flavoring agent. Cinnamon has medicinal properties as well as it cures nausea and vomiting. Additionally, the spice is noted for its stimulant and carminative properties. The bark oil of cinnamon is used for making perfumes and other cosmetic goods. The inner bark of the mature cinnamon shoots is dried in the sun and then later in the shade. It has a delicate fragrance with an agreeable taste, hence used for pharmaceutical requirements, liquors and even for coating sweets.

Image by Inisheer via Wikipedia

Vanilla was not native to Kerala, it was brought here by the West, but once cultivation started, the demand for the spice grew. The cultivation progressed because vanilla thrives in humidity. At present, there are plenty of vanilla growers in the state.

Vanilla is a very popular and most essential ingredient in cakes, ice creams, beverages and confectionaries. Vanilla is a critical agent in several pharmaceutical products as well.

Image by Magnus Manske via wikipedia

Tamarind is an essential ingredient used for flavoring dishes made in Kerala. It would enhance the taste, and many are quite particular about the quantity of tamarind they use. Tamarind kernal powder on the other hand, is used widely in the pharmaceutical industry, dyeing and tanning, textile industry, cosmetic and even for making confectionaries.

Shopping for spices – Quick knowledge for you

While shopping for clove and cardamom, remember to bite into them; you can gauge the quality and aroma of these spices by their taste.

To shop for excellent cardamom, you must be able to crush them with your fingers and the aroma they generate should be irresistible. Oregano, bay leaf and coriander all come dried and processed in their sealed packets. Alappuzha, Munnar and Kozhikode are the best places to visit when you are shopping for spices and aromatic oils. While shopping for turmeric just remember that the colors range from deep yellow-orange to bright yellow.

The spice trade in Kerala has grown considerably huge over the last one decade with over 5 lakh tonnes of herbs and spice exports. Kerala may be a tiny state, but the contribution it makes to the economy of the country is certainly huge. The success saga continues for Kerala.