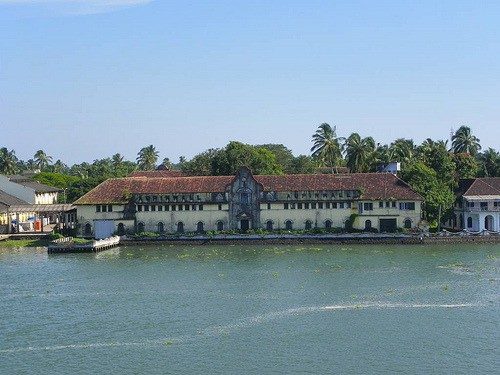 On 7 December 2012, Atul Dodiya, one of India’s most leading contemporary artists, tweeted: “The Kochi-Muziris Biennale could be one of the greatest things to happen to contemporary art in India.” The event is scheduled to be inaugurated on 12 December 2012 (12/12/12) and will host at least 80 artists, both Indian and international. As part of the Biennale, the artists will be able to exhibit their artworks at different venues in and around Kochi. The main venues include: Aspinwall House; Durbar Hall; Cochin Club; David Hall; Parade Ground; Pepper House; and Mattancherry Warehouses. Each of these venues is linked to the historical, cultural, economic and social evolution of the city of Kochi over the centuries.

The choice of Kochi-Muziris as the venue for this international cultural-artistic exchange by the organizers was made, considering Kochi’s and its predecessor port-city, Muziris’ (or Muchiris) role in connecting India with other cultures and civilizations across the seas. Additionally, the lost city of Muziris is believed to be the port of entry of three main religions -Judaism, Christianity and Islam- from the Middle East to India. However, archaeologists are still debating over the exact location of this ancient port city, which was destroyed in a massive flood of Periyar River in 1341 AD. The region is located around 33 km north of Kochi along the coast of Arabian Sea. Muziris during the 1st century AD had been the largest trading post in this part of the world, sending spices, especially “pepper” to Europe. Large hoards of Roman coins, Mediterranean potteries and vessels and other artifacts, including a brick structural wharf complex mummified in mud have been found in the area, which further supports the legend of the mythical port city of “MUZIRIS”.

The decline of Muziris following the natural disaster in 1341 AD led to the emergence of Kochi (Cochin) as the most important trading port. Kochi, like its predecessor developed strong trading relations with the Arabs, the Chinese and the Jews. They were later followed by the arrival of the Portuguese. They founded their first settlement in India in 1500 in Kochi, where they established the first European Church (St.Francis Church, Fort Kochi) in India in 1503. Even today, visitors can find the original tomb of the first Portuguese explorer, Vasco da Gama, inside this church. After the decline of the Portuguese, the city fell into the hands of the Dutch and then later came under the control of the English. However, the economic significance of Kochi declined following the development of port cities of Bombay, Madras and Calcutta during the British rule of India. Even after India’s independence, Kochi hasn’t been able to gain the economic significance it once enjoyed..

Taking a short walk through the narrow lanes and streets of Fort Kochi and Mattancherry, one can feel and smell the spices that connected Kochi and its predecessor Muziris with other civilizations across the seas. This place played a significant role in the early stages of globalization of international trade that we see today. In addition, various cultures and people, who lived in this city, have left their marks by building synagogue, churches, cemeteries, warehouses, buildings and houses. Same things are being excavated by archaeologists near the old port city of Muziris, which is believed to be located in and around North Paravur, kodungallur, Varapuzha and Pattanam. Those who wish to visit the various sites of ancient Muziris can reach these areas from Kochi by taxi or by taking a short bus ride (which can be a memorable experience)!

The choice of various venues for the Biennale is highly relevant and brings in historical content and reference to the art works that will be exhibited there. The Kochi-Muziris Biennale is not only an event to showcase the artistic talents from India and abroad, but is also a process to connect the historical-cultural-human exchange that this region witnessed over several centuries with our times…

Are you attending Kochi-Muziris Biennale? Share your experience and thoughts  as comments.